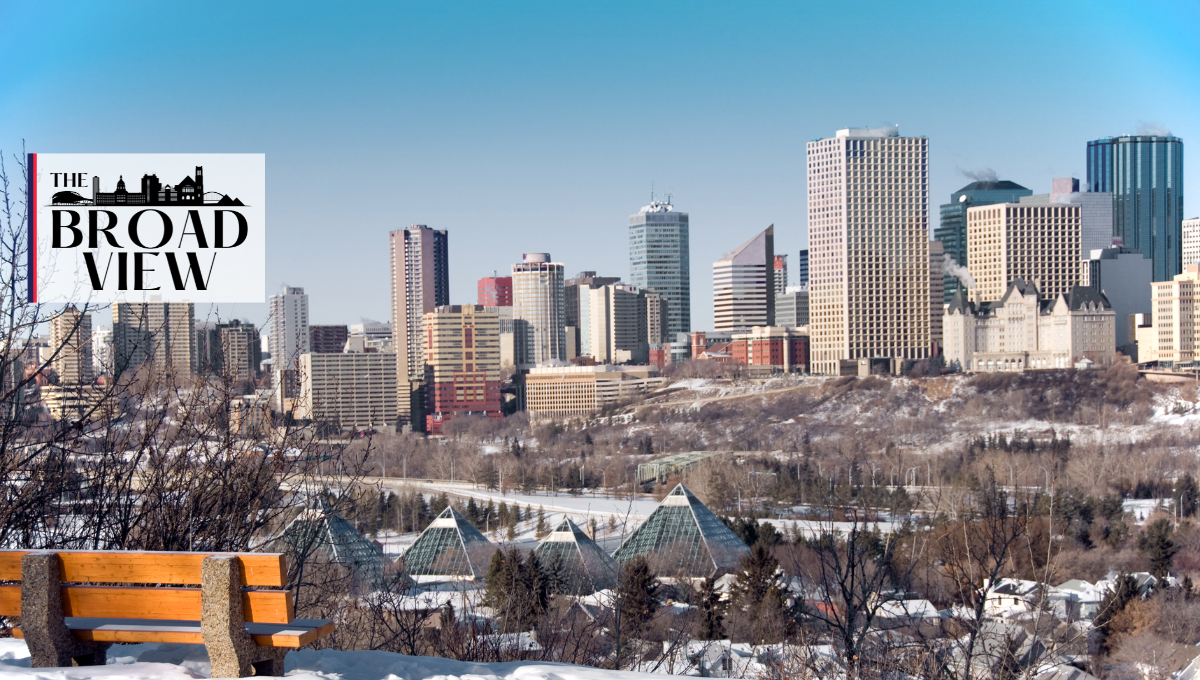 The Broad View is here:

Our first issue of the Broad View public opinion research is with our clients… but in the spirit of informing and engaging discussion we wanted to share a few highlights we found especially interesting!

Working with Marc Henry of Think HQ, we surveyed 840 adult Edmontonians in mid-November, weighted to reflect gender, age and region of the city. We asked Edmontonians for their impressions of the new Mayor/Council after a year in office, our local economy, cost of living, and policing and public safety.

Far and away, the most interesting responses came back on questions posed about ongoing taxpayer-associated costs of policing in our city and addressing social disorder. These findings are timely, given Council’s recent budget debate and the newly announced Edmonton Public Safety and Community Response Task Force.

We asked Edmontonians about their overall satisfaction with Edmonton Police Service; their willingness to pay more for improved policing services; and, their beliefs about which organizations should be leading issues like homelessness and social disorder.

Given the recent Council budget debate, we also wanted to highlight Edmontonians views of which issues matter the most and how they think Council is handling those issues. Where possible, we tracked against polling conducted in August and October of 2021. Here we found:

…and so much more!

Want to know more about these findings?

Or perhaps your organization has questions you’d like to ask Edmontonians?

Drop us a line.

Julie & Catherine are two broads who’ve been there. Together, with Marc Henry (Think HQ), we offer The Broad View: informed public opinion polling on Edmonton issues, with a view to sharing new perspectives, elevating the discussion, and boosting the voice of our city.